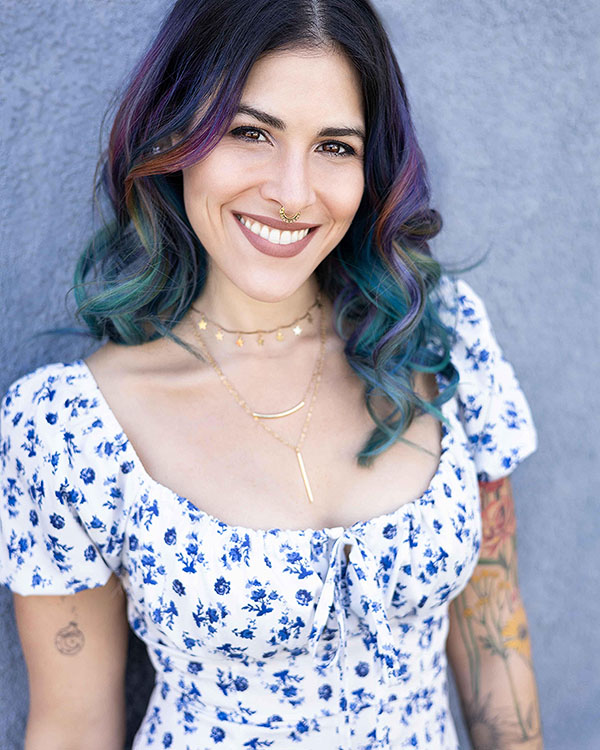 Jeannie Tirado is an LA-based voice actor, known for voicing Kujou Sara in Genshin Impact, Byleth in Fire Emblem: Three Houses, Rose Winters in Resident Evil, Android 21 in DragonBallZ, Vex in League of Legends, Norman in The Promised Neverland, Koala in One Piece, Zera in Fairy Tail, and Katarina Claes in My Life as a Villainess amongst many more titles.
Raised in Orlando, Florida and classically trained in piano and voice, Jeannie got her start recording album vocals for studio artists— which turned into commercial voice over— which turned into anime and video game craziness!
She is now represented in Dallas and LA, and can currently be heard in national tv and radio commercials, on streaming services, and even in the air as the pilots assist voice for a private British air charter!
Jeannie can’t wait to announce what more madness she’s gotten her voice into (announcements coming soon!) but is now having an absolute blast living her dream!