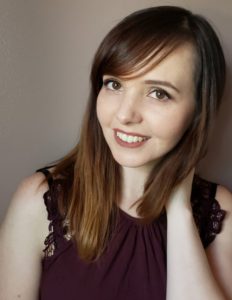 Blythe Renay is a voice actor, singer, dancer, stage actor, and comedian. She is best known for hervoice acting roles as Zomboss in Tiny Tina’s Wonderlands, as well as GenIVIV and Double DownDomino in Borderlands 3. She can also be heard In the Rooster Teeth series, Death Battle asBlack Canary and Sailor Galaxia. She plays Sayako Yamada in Kageki Shojo!!, and can be heard inother Crunchy Roll series such as Actors: Songs Connection, Kono Oto Tomare!, and MillionArthur.Blythe can often be found singing on stage at Professor Shyguy shows, and she has beenperforming with her comedy troupe, the Damsels of Dorkington, for over a decade. In additionto performing, Blythe works as a producer in the video game industry. She is currently anassociate producer for the Narrative team working on the video games Star Citizen and Squadron42, and she previously spent 3 years as a producer at Gearbox Software.