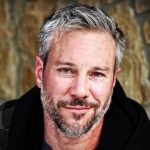 Jeff Plunk was born and raised in Dallas Texas; he is still proud to call it his home. Jeff started his acting career in his early teens and is still pushing the boundaries of his craft over 25 years later. Jeff started off his career primarily as a commercial actor but continues to strive in TV, film, and Voice Over. His enthusiasm, passion, and sense of humor have helped him work consistently throughout the years in countless commercials, industrial videos, voice over, TV, and film. When Jeff’s not on set or in the studio, he’s hanging out with his 5-year-old daughter, wife, and dogs, riding his bike in the woods, or just kicking it on the patio with an ice-cold beer. A true Texan at heart.